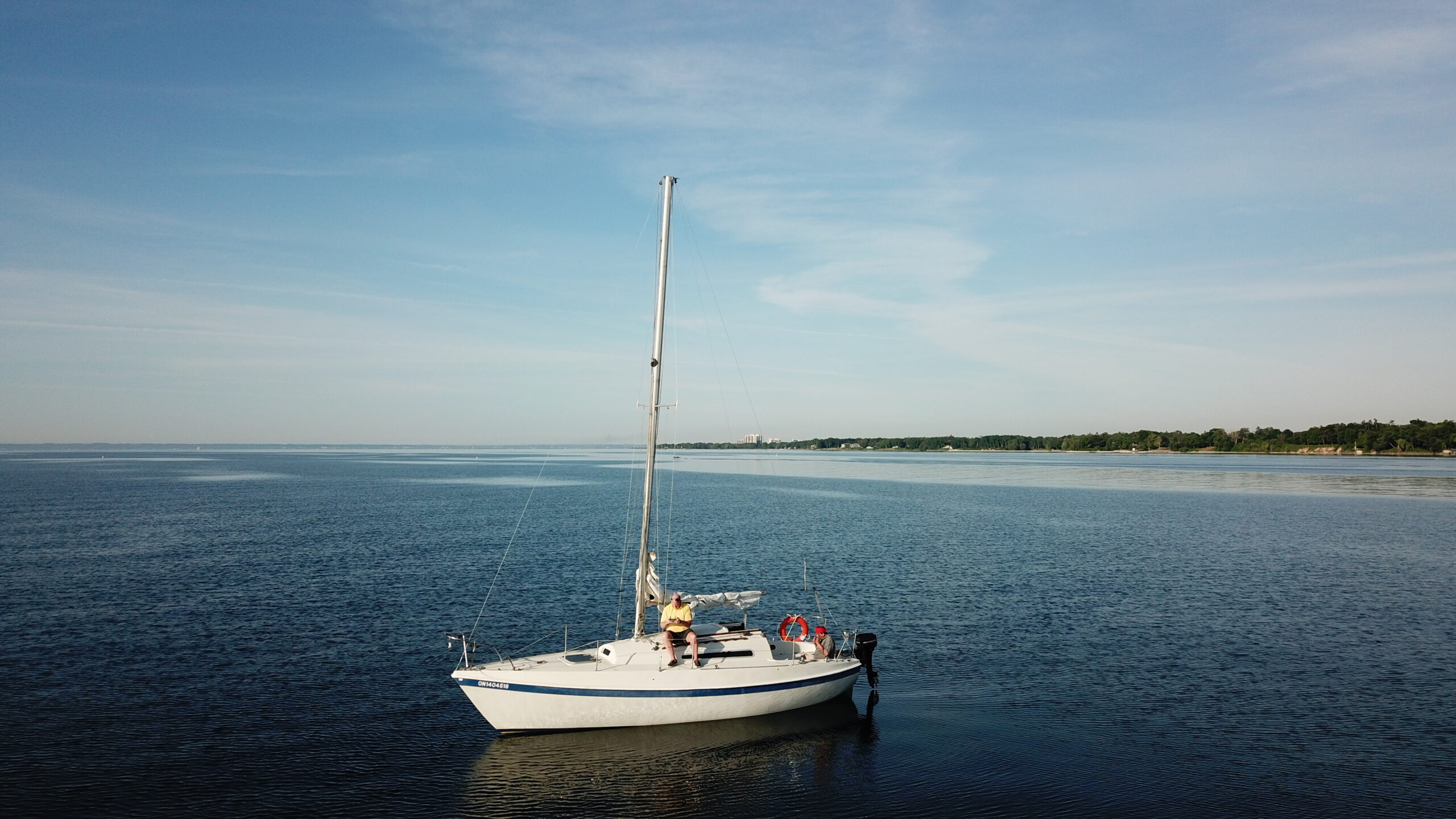 I have had a Tanzer 26 for over 20 years now. The vessel, without much imagination I call The Boat, has served me well and without complaint through yearly cruises on Lake Ontario with my three kids and day sailing with the wife. Did I mention that my wife is a good sport but a definitive lover of a good hotel bed? Not something I can offer on my modest vessel.

My dad had a Tanzer 22 that he sailed on Lake St. Louis with my mother until he passed some 25 years ago now.

While my boat has been a long-standing fixture in my life, my sails have not. There have been sail repairs, replacement sails, and new sails. You see I’m not a racer, but I do like to go fast. New sails have a crispness and a cheerful snap that responds to the wind.

The first main sail I had came with the boat. It had the original numbers and wooden battens. Those battens seemed to always work themselves loose and fly away at the most inopportune moments during long cruises and high winds. That sail served me through the years the kids were small, and we had The Boat at Lake Simcoe, north of Toronto. It suited my needs at the time but met its demise on a stormy day. A big blow funneling down from Georgian Bay blasted a rip in the thing just at a seam right above the upper reef. Glad I was not sailing with the kids at the time because the boom nearly crashed down on my cranium.

Not wanting to replace the sail I bought a role of trusty sail tape from the local chandlery. I remember removing the sail and laying it flat on the dock. A big 4-foot length was cut and placed over the tear. Same thing on the other side. I know there are some readers who would suggest a better repair method. It worked, though, however inelegantly, and did keep me going for several more seasons.

Alas, that repair failed one blustery fall day, and a new main became a real requirement. Replacement sail on its way!

With a badly ripped sail and a low budget, I went online to the Tanzer 26 thread that was very active at the time. A used main was available for a modest sum of $400.00. Deal! I also picked up a storm jib for another $75. There was great excitement when it arrived from Ottawa. Really white, nicely cut and plastic battens in pockets that seemed like they would hold their charges. I kept that sail for many years. It was dutifully submitted as a sail repair at the local sail loft yearly and got a nice wash to boot. We never raced with it but did enjoy the acceleration it afforded in some impromptu mid-lake reaches.

Alas, that sail met its demise at the hand of my (now) adult son who roughly hoisted it on a blustery day off of Frenchman’s Bay near Toronto. He just simply put too much strength into to it, and it let go. The rip, this time, was a jagged affair and would be too expensive to repair. I was not pleased with my son at the time, but he bought the beer and was able to placate me with a suggestion. “Why not treat yourself to a new sail?” he said. “Go for it – after all, you won’t be sailing forever.” His gloomy forecast on the length of my sailing life went over like lead balloon, but he did have a point. After some research, that I will describe in subsequent articles, I landed up with a lovely main from the Precision Sail Loft