Posted by Matt Parsons - Review of Precision Sails on July 15, 2019 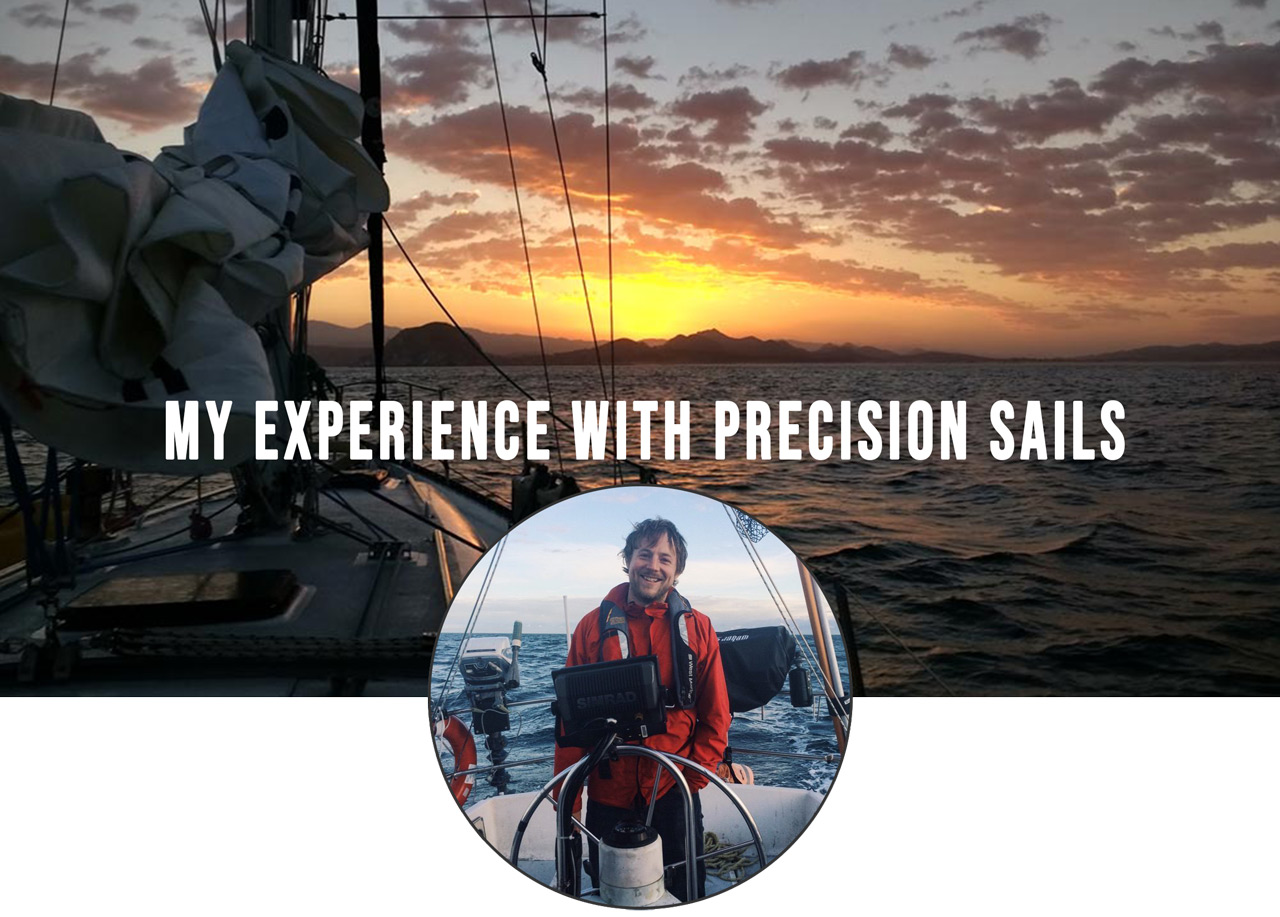 
I got my sailboat, Gudgeon, on a whim. I’d heard you could live on a sailboat and so I bought the first one I set foot on, a rather tired Cherubini designed Hunter 36. Built in 1980, she was older than I was and though kinda overbuilt as was common for boats of the time she was marketed as a ‘cruiser-racer’, as opposed to some of the heavier, full keel boats. 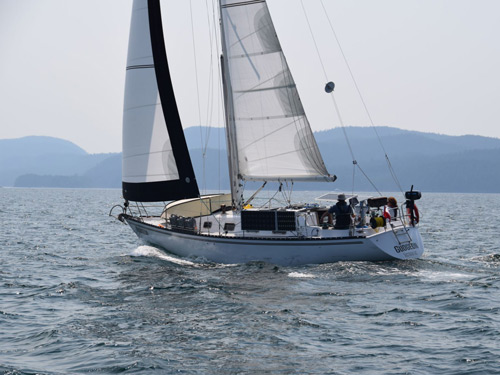 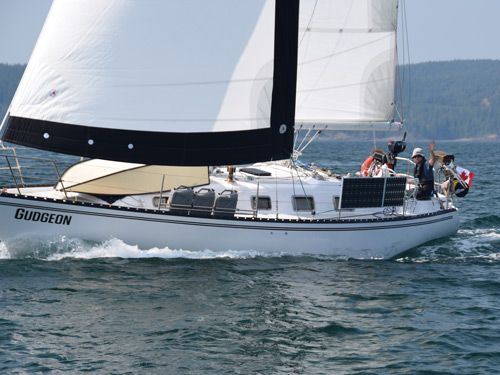 I didn’t know any of this at the time however, as at that point in time I didn’t know the difference between a halyard and a sheet. To me, it was cool and something I could afford to live on.

However, as I worked on refitting the boat, I started sailing more and more, and then eventually realized I really liked it – uh oh. A year later, I’d made plans to go sailing around the pacific, if not further, and crewed on my friends race boat. Where I discovered I also liked racing. Uh-oh, again.

In order to be even vaguely competitive, I need to get new sails. My main was the boat’s original sail, and was at this point bagged out enough that calling it a ‘bedsheet’ would have been an insult to bedding everywhere. My jib was similarly woeful, being not only as old but also very obviously from a lot smaller boat. Combined with my, uh, ‘rudimentary’ sailing knowledge and I could just about make the boat go the right way (most of the time) but nowhere near efficiently.

After looking around for a while, I decided to go with Precision Sails, as with the offer they were running, the sails came to about half the price of the other local sail lofts. The quote they sent was also extremely detailed, covering all kinds of things, from the material used to the type of battens. 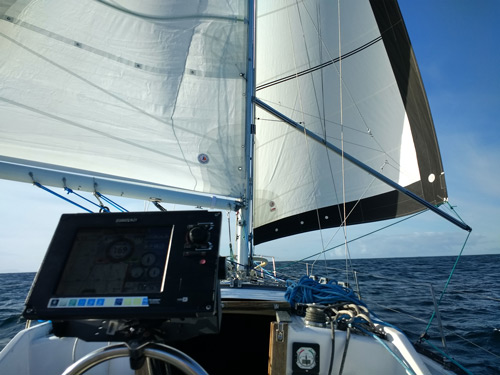 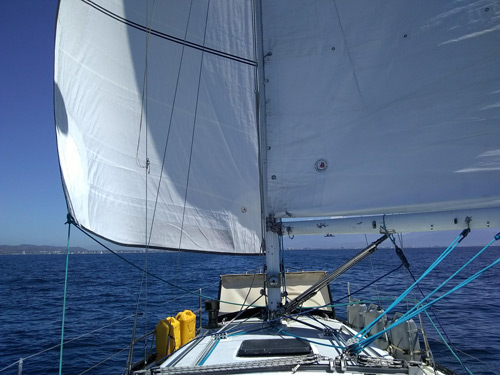 S.V. Gudgeon in a wing on wing configuration

In an amazing show of customer service, they also remade for free my foresail after I screwed up my measurements and made it too short - for which they have my undying gratitude. 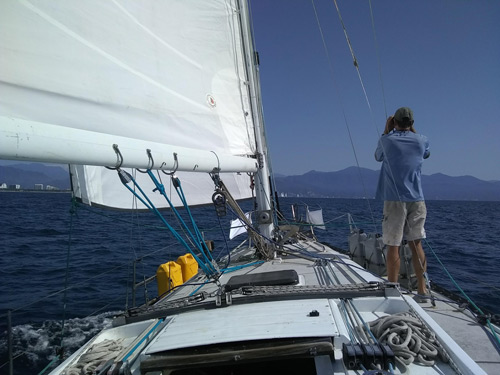 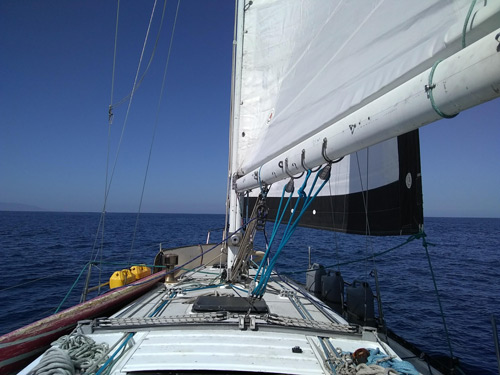 I’ve now had my sails for almost 3 years, thrashed them up and down the Juan de Fuca in all kinds of crappy weather, been in a number of regattas and sailed up to Bella Bella in BC and down to Mexico (including 2 nights spent close reaching into 25-30 knots of wind offshore, an experience that having done without a dodger I can best describe as ‘extremely unpleasant’). Through it all the sails performed magnificently – I still get the comment ‘new sails hey?’ from random people at the dock as I am putting them away, a testament to how well they’ve held up. I’ve found under sail I can walk away from a lot of other cruising boats (IT’S ALWAYS A RACE) even bigger ones, and the sails and boat perform excellently even in very light wind (<5 knots), a fact I attribute to the smaller 115% Jib holding it’s shape well even in the lightest of breezes. 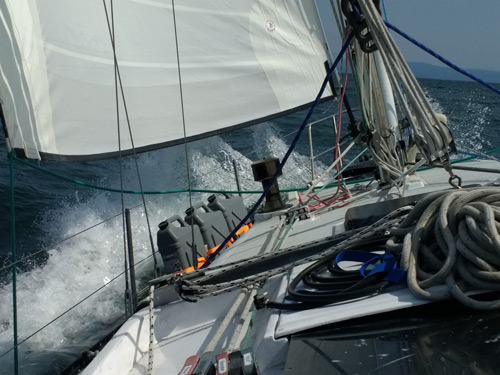 Matt bought Gudgeon in 2019 and has been persuing the goal of sailing the world and living a life on the water.

You can read more about Matt's adventures on Gudgeon at his blog:  http://www.gudgeonblog.ca/

If you would like to contribute to helping support Matt attain his dream and keep creating blogs you can become a contributing member at his patreon page:  https://www.patreon.com/LifeOnGudgeon